Only play in one band at a time 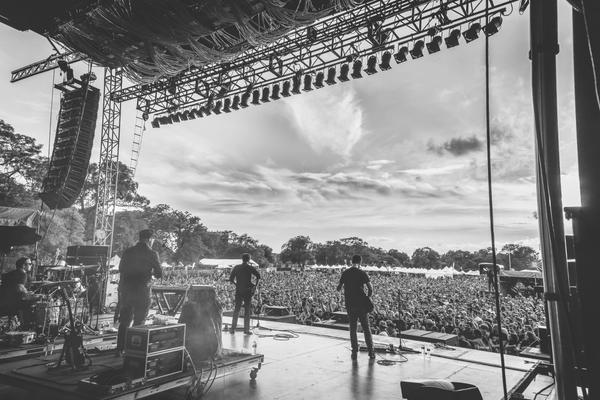 I recently completed Storyteller, an autobiography by Dave Grohl, legendary Nirvana drummer, founder of Foo fighters, and Them Crooked Vultures.

One of the stories centers on his health risk associated with the time when he was trying to divide his attention between Foo fighters and his new band Them Crooked Vultures. I connected deeply with that chapter as he also had a young child and that further impacted his sleep. His schedule was mainly preoccupied with drinking gallons of coffee while sprinting between responsibilities.

Last night a spark went off in my head and this post got drafted.

I have experienced a full-on burnout once in my career back in 2005. I learned a lot from that experience and yesterday I talked through that journey once more over a cup of coffee. That conversation contributed to the connection I'm trying to make.

Many times I have been on the path to burnout and in all situations, the conditions were the same.

I was trying to manage two different products at the same time.

For people who have been in a rock band and trying to do what Dave Grohl was attempting. You also know that this is not a clever idea. Both will fail and you might or might not burn out in the process.

Yesterday I also got a fairly common question. In my new role, I'm validating a number of innovative new products and I was asked how many I could validate and work on at the same time. My response was ... one.

All of this will of course depend on your personality. My type is the one where I get totally obsessed with the problem and potential solutions that make up the product. To the point that I wake up, get most of the best ideas in the shower and morning bike ride. Lose my attention in a train of thought while people try to talk to me and am still processing my thinking from the day when I put my head on the pillow.

But here is the back story that outlines my mistakes and learnings thus far.

My first burnout was triggered by a long stint of managing the two largest Web projects in Iceland at that time in parallel. Icelandair and Iceland Telecom were both switching content management systems (Vyre days yay) and as I was responsible for selecting that platform, I also ended up leading most of the implementation efforts from a product management perspective. Product management wasn't really a thing back then though. I worked long days and all weekends for months. I slept in the office and I tried to make up for my diminishing velocity by sleeping less. A fantastic idea at the time, but my biggest takeaway from all of this.

Both projects went live on time and were considered a great success. I can vividly recall when I then discovered a burnout checklist online. Checked all the boxes and went on to call my uncle who was traveling in South America. Flew to Honduras and spent Christmas offline, diving and drinking rum. Then I called my future boss, told him I was going to move to London and work for him and resigned from my old job.

At Meniga I had a similar but not the same situation. I worked my way up from being the Product Owner for a subset of features on the platform to managing the Product Organisation as VP of product. There are two completely different product lines Meniga sells to banks. For a duration of time, I had to step in and be the Product Manager for both while we recruited and built up the Product Office. I started feeling that old sense of burnout creeping in. I have not sacrificed sleep for decades now, but that brain-melting burden of splitting your thought cycles between two massively complicated products and being on point for the people (band) that is building it. It just doesn't blend. We scaled the org but I experienced the same setup yet again within my time there and it might or might not have contributed to me not working there anymore.

Fast forward to Nox days. Last year I was transitioning from being the PM for a medical cloud product over to our Patient facing telehealth platform in the US. For a duration of time, I was actually on both fronts and partially also acting as an agile coach for two teams. Just over a year ago, I sat down with my managers and explained how this would not work and I would need to commit my brain to just one team (band).

My point, and you can take it or leave it. This is my website and I can write whatever nonsense I like here. But the point I firmly believe in is that for a Product Manager (bandleader) to make something world-changing (Smells like teen spirit), you can't divide your attention between multiple products (bands). If you do, you risk making sub-average products and killing yourself in the process.

I contribute these thoughts to being a late middle-aged man (síðmiðaldra) and having accrued some experience from the failures in my past. In my youth, I also played drums in a lot of average bands, usually many at the same time. During my time in London, I was in the best band of my life and after I moved back to Iceland, they went on to play the Isle of Wight festival. Perhaps I could have been a rockstar. 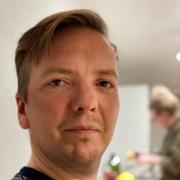 Personal patch on the interwebs. Harvested by your dedicated digital gardener; Finnur Magnusson.